Inside The Asylum: A look into Glen Ellyn’s newest escape room 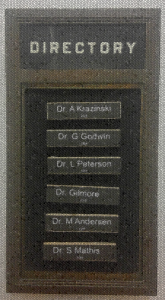 Hello readers. Gilmore here, reporting on a most unusual experience I had while researching a story. So keep reading if you want to look “Inside The Asylum.”

I decided to bring a group of friends with me to go under cover to participate in a psychological study being held in Glen Ellyn. When we arrived at the abandoned hospital, The Glen, we were greeted by our host, wearing a lab coat. He went through the usual things needed for this kind of study, sign waivers, go over rules, the usual. We were then brought into the room where the study was taking place. They wouldn’t let us use anything we brought in with us, including our phones. However, what kind of reporter would I be if I didn’t have my hidden camera with me. Sorry if the pictures aren’t very clear, it’s not the best of cameras. 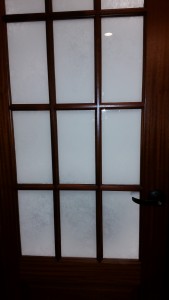 Our host then gave us a quick history of The Glen, also known as The Asylum. The hospital was abandoned in the early 2000’s under unusual circumstances. We were to watch a series of videos and perform some tests. The videos were footage found at The Asylum that may have lead up to the hospital being abandoned. Our first test was sitting in a very unassuming box. Our host stayed with us to observe us while we took the tests, and help us if needed.

The first few tests were your standard psych evaluations. We were asked to watch more of the videos between each test. The videos were not standard by any measure. At first I didn’t believe anything going on in the videos. I was certain it was all staged.

Looking around the room I should have guessed something was off. While most things there fit in with an abandoned hospital some things like this table didn’t. 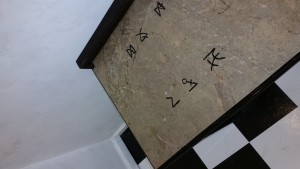 As soon as my gut told me to get out, I should have. Before long the psych tests were over, and the real tests began. I don’t want to go into too much detail or I might get put into a real mental hospital. There was some “thing” in there with us. It was up to us to stop it. It wasn’t easy, but we managed to destroy it. At least I think we did. All I have to say is, if you decide to participate in the study at 440 Roosevelt Rd in Glen Ellyn Illinois, bring friends. Because if we didn’t stop this thing, you’re going to need them.